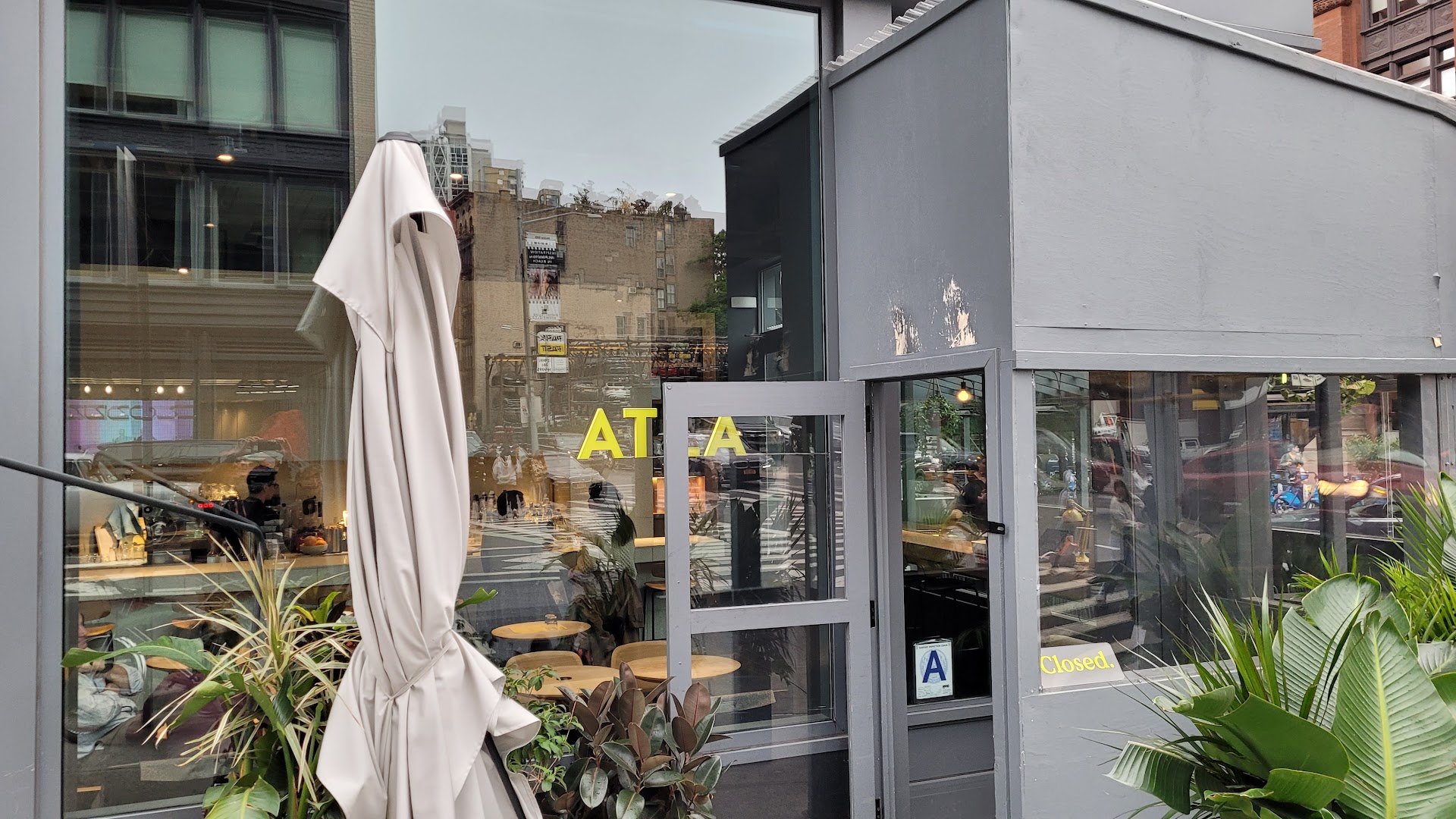 What Time Does ATLA Open? 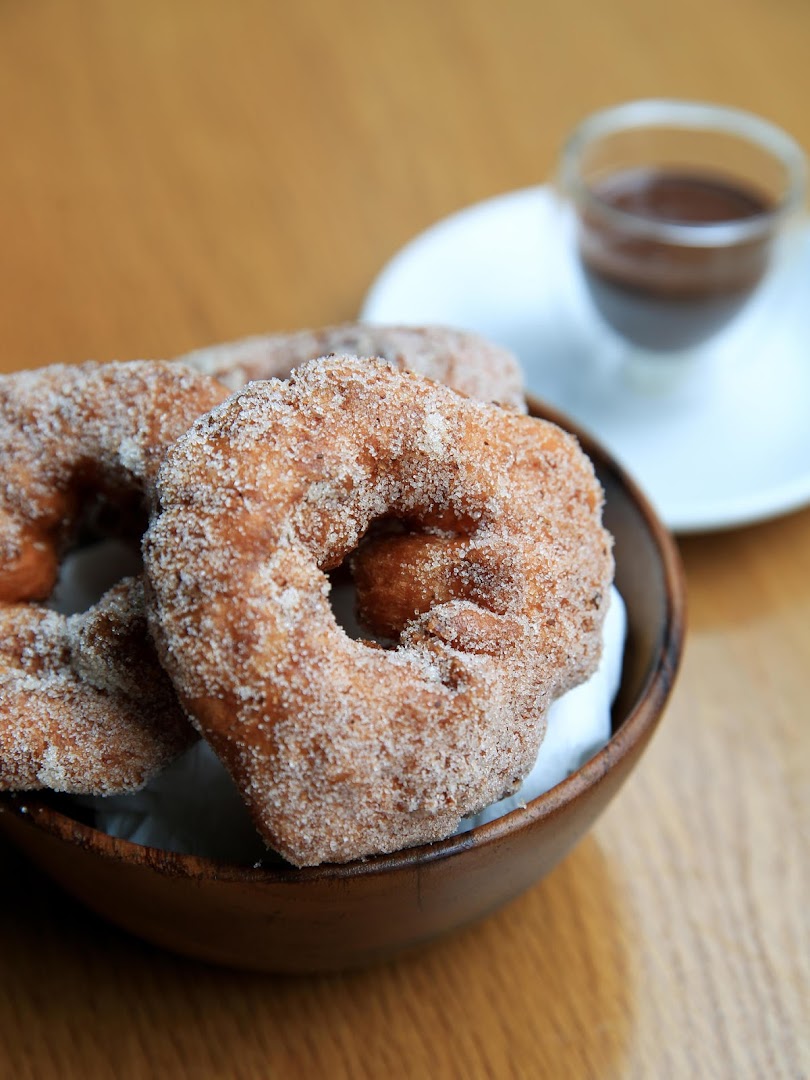 I’ve dined at Atla on my last two trips to NYC and loved it. The food and drinks are consistently delicious and the service is friendly and attentive. I even bought their cookbook as a gift for my son. Hoping to snag a reservation at their Michelin starred restaurant Cosme on my next visit.

Delicious tacos and drinks. Churros were also fresh with a decadent dark chocolate dip. Service as a bit slow as we waited for over 20-25 mins for our serve to give us our bill. When we got the bill there were some “hidden charges” for the sauces and extra tostados that they brought at the beginning (we thought this was complimentary because we never ordered it)

Anyway – will probably be back. This gets 3 stars for me due to service / poor experience.

The tables are packed in too tight, the menu is confusing and this place is not suited for a comfy quiet bite.

The Pork Gringa was fresh and colorful and almost looked too pretty to eat, but lacked enough pork so please Mr Alta let’s consider the addition of some more meat.

I was so excited to dine at this restaurant being a huge fan of Cosme. However Atla did not live up to the hype. The dishes were forgettable, the flavors were lacking, and it was very much overpriced for what it was. I paid $19 for the guacamole and while the tostadas it was served with were interesting, the guac itself was under salted and I’ve made better guac at home with very little effort. The rest of the dishes are pretty similar. At least the tortillas seem home made, so that’s a win? The hot sauces were interesting as well

We ordered a selection of fresh sweet bread, guacamole, salsas and tostadas for appetizers, and they tasted all very delicious.
The main dishes, however, were very average. Quite disappointing. I’d say dishes are not worth the prices. 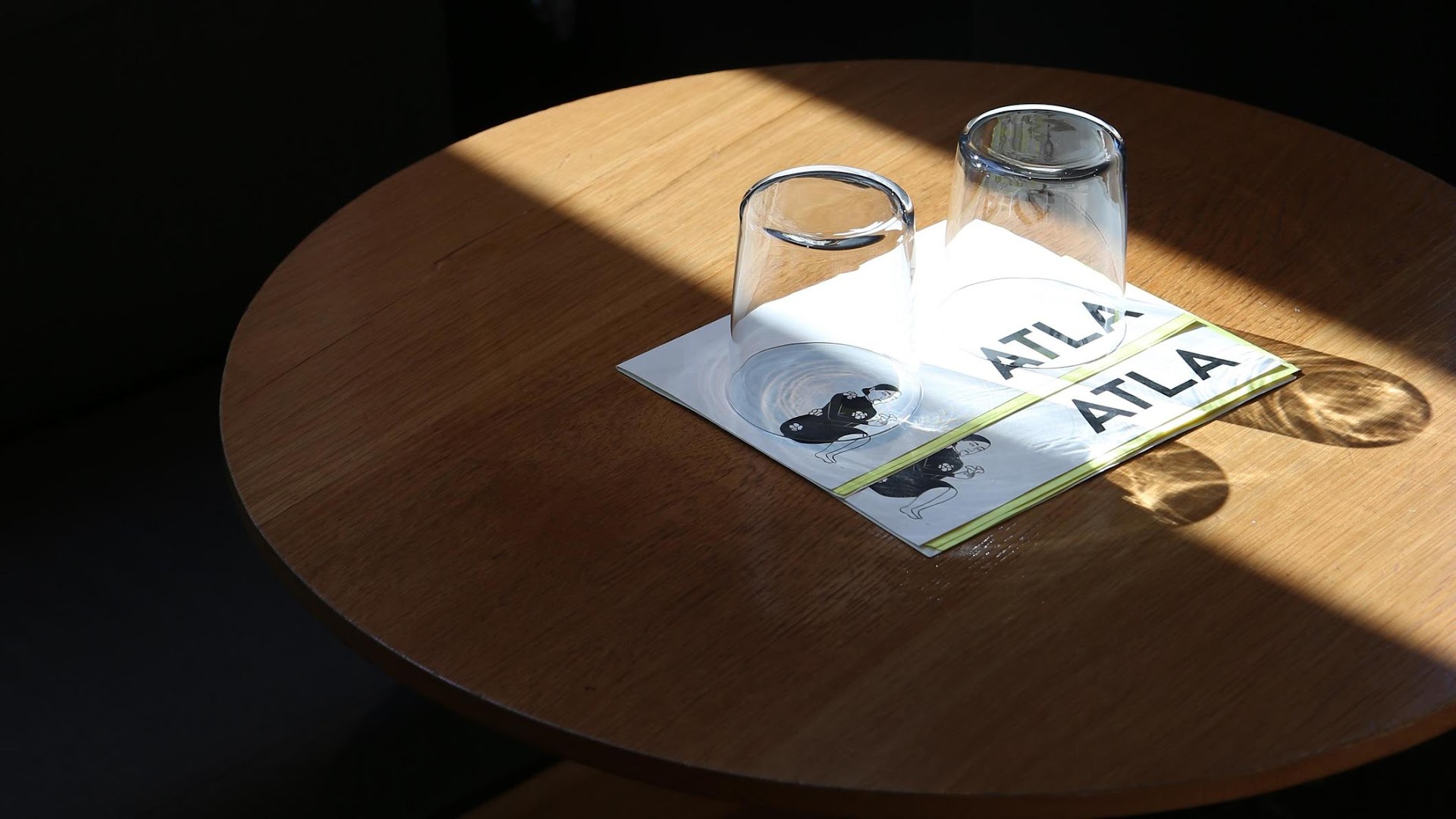 Hmmmm there are things that I enjoyed about this restaurant and other things I didn’t. The mushroom dish was by far my favorite and the churros as well! The churros were so light and airy however, the rest of the food was just ok. For the price, I don’t believe it was worth it. However, if you’re looking for a nice cocktail I did really enjoy mine. Cute date spot, but just beware it’s expensive.

Food and drinks are very good / delicious. I docked two stars because service was horrible. We’ve never waited so long for each and every thing than we did at this restaurant. Most tables were empty so it wasn’t an issue with the restaurant being packed. We were greeted by 3 different servers at the start…none of which knew if we’d been helped yet. We were given our appetizer with no napkins, plates, or utensils…for 10+ minutes and we had to ask for them. They did ask if our meal was good after it had come out, but then again slow slow slow and unorganized…the check…accepting payment. We weren’t in a rush. Just extra slow. I wasn’t going to say anything about it, but then as we were waiting we noticed other diners also waiting and talking about it and rolling their eyes. I think it needs said. Maybe it was our servers first day.

A casual and modern Mexican eatery. It feels that the flavors have been toned down a bit for NYC, but they definitely still retain the authenticity.
The pastor al gringa hit the sweet spot for me: a thoroughly marinated pork with generous amounts of pineapple (some would even say too much) and delicious Oaxaca cheese. The suadero taco was juicy and flavorful. The guacamole was good, but unremarkable and probably not worth 18 dollars.
The churro was remarkably fluffy yet crunchy outside – a contradiction of sorts. The accompanying chocolate dipping sauce was rich and pure: the flavors you’d find in Mexico.

Overall the dinner was a terrible experience.

We ordered multiple different dishes and out of all of them, the mushroom with salsa verde and the pork al pastor were the best (the mushrooms were delicious!). The Arctic char tartare was fine as is (I was expecting better based on reviews I read). The cheese quesadilla with mushrooms was beyond bland… there was absolutely no seasoning that anyone on our table could taste. The lobster burrito was ok, but again it lacked flavor (the sauce that accompanied the dish didn’t pair well as voiced by my entire table of 6). The sauce seemed to be similar to a Buffalo hot sauce and just leaned too heavy into a vinegar flavor that overwhelms the burrito. I would recommend either the green or orange salsa that was served with the totopos instead of the sauce that it comes with.

It would be nice to have salsas provided for the table as well as a salt shaker to season some of these dishes.

I personally would NOT recommend this restaurant to anyone and would suggest those who are planning to go here to just go to Cosme instead or anywhere else.

We’re big fans of Cosmé and decided to check this place out given it’s by the same owners. The food was definitely great but the flavors didn’t pack the same punch I was expecting in Mexican food.

The coffee and pina colada were Amazing. I might come again just for morning drinks!!

The Avocado peanut butter water cress tacos were so innovative and brought together flavors I seldom think of combining!!

The cheese quesadilla, chilaquiles and huevos rancheros all left a lot to desire.

Resto is a participant in the Amazon Services LLC Associates Program, As an Amazon Associate, Resto earns from qualifying purchases by linking to Amazon.com